American Fence Company-Lincoln Knocks It Out of the Ball Park

The Lincoln, Nebraska branch of American Fence Company was featured in the city’s daily newspaper, the Lincoln Journal Star. AFC’s most recent project has been replacing all the netting in Wesleyan Field ahead of the seasons’ first game. Nebraska Wesleyan University Prairie Wolves are going to debut their season by taking on Northwestern College on Friday, March 16.

American Fence Company specializes in all things fencing and fence installation. Projects like this are commonplace for them, as they are one of the most popular fence contractors in the Midwest. Their handiwork is all over the country, from the base of the Grand Canyon to the heart of Yellowstone National Park. They’ve done work for the National Guard, the Air Force, Eppley Airfield, a nuclear power plant, several prisons and for the baseball fields at Creighton University and the University of South Dakota.

If you’re in Lincoln and are interested in getting some work done from American Fence Company, visit their web page for more examples of their work or contact them for a free installation quote. 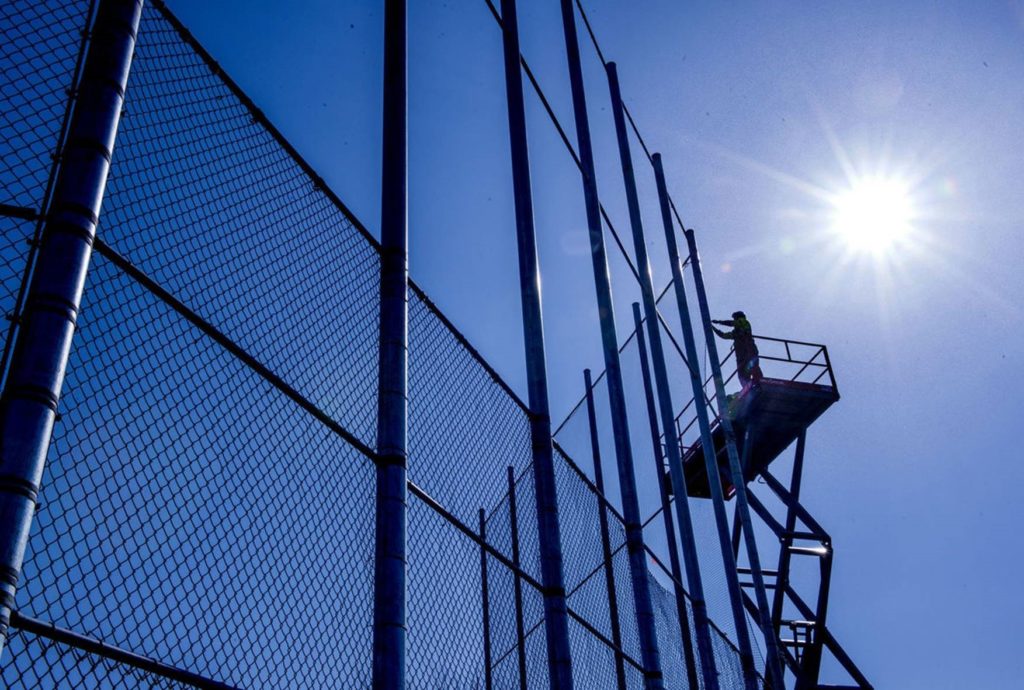